Judy Williamson is one of the three founding sisters of Homespun Media LLC and Primitive Quilts and Projects magazine. Her career has been in the financial services industry with experience in sales, customer service, information technology, meeting facilitation, personal coaching, and project management; she holds a Bachelor of Arts degree in business administration from Muskingum College. Judy recently retired from a 27-year Federal government career, and now works full-time for Homespun Media. Judy has always enjoyed dabbling in the arts—singing, playing classical guitar, sketching, watercolors, and of course, the fiber arts. She began making quilts when her sisters Jeni and Gretchen opened the Woolen Willow and hosted a Jan Patek trunk show. She fell in love with Jan's "Morning Has Broken" quilt and just had to make it. Judy and husband Dave have two grown children, Leah and Ben, and a 4-year-old grandson Julian.  They recently adopted a Red Heeler (Australian Cattle Dog) and named her "Pearl."  Judy and Dave spend most of their spare time at a little cabin in the middle of the Monongehela National Forest in West Virginia.Jeni Gaston - Creative Director

Jeni Gaston is one of the three founding sisters of Homespun Media LLC and Primitive Quilts and Projects magazine. She served in the United States Navy as a dental technician and assistant. Throughout her life Jeni practiced in fiber arts, and ended up making a career as a designer and quilt shop proprietor. With Gretchen (another of the three sisters), she launched the online Rug Hooking Store, and later the Woolen Willow quilt shop, serving as co-business manager, designer, and instructor. She has created more than a hundred original projects, and has been published in four magazines. Jeni enjoys creating new quilt, rug, and other wool project designs, dying wool, and spending time with her family. She lives in a 100-year-old house with husband Glen, son Kristopher, and golden retriever puppy, Chester. 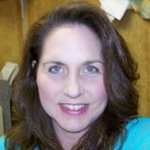 Gretchen Smith is one of the three founding sisters of Homespun Media LLC and Primitive Quilts and Projects Magazine. She holds a Bachelor of Science degree in Business from Valparaiso University, and has a variety of experience in procurement, sales, information technology, and business management with the CIA and various computer resellers. With Jeni (another of the three sisters), she launched the online Rughooking Store, and later the Woolen Willow Quilt Shop. She and new husband, Mike, together have two sons, Trevor (20) and Brandon (17), one daughter, Chelsea (20), two golden retrievers, Abby and Lucky, two English Mastiffs, Diesel and Bailey, three cats, Ted, Milo and Chubs, and two horses, Thunder and Tabby! Gretchen enjoys singing & playing keyboard in a local classic rock band, hooking rugs, and making quilts.
Leah Williamson - Marketing Coordinator

Leah Williamson has been with the company since May 2011. She holds a Bachelor of Science degree in Psychology from Fairmont State University. During her college career she enjoyed several courses in pottery, and continues to master her skills today. Throughout college, and for a couple years after, she worked in the retail industry—initially in sales and later in management. Her artistic talent, pysch degree and retail experience have helped Homespun Media run smoothly and grow quickly.  She's taken a keen interest in the primitive textile arts and is already lining up projects she would like to start making soon!  Leah lives in Williamstown with her boxer, June, and cat, Charlie.

Kristen studied Psychology at Marshall University. During her college career she worked at Pressley Ridge as a youth counselor for troubled adolescents. Now she lives in Williamstown and has been a tremendous help to us here at Homespun Media. Kristen enjoys making jewelry, sewing, and playing with her kitties, Peepers and Grey. Peepers and Grey are celebrities here at Primitive Quilts and Projects, appearing in a few photos in our magazines!

With an adventurous spirit and zest for learning, Mary Falcsik (our Mom) taught us to sew, knit, appliqué, embroider, and to have fun in everything we do. She is retired from an extensive career as a legal secretary and freelance typist but stays busy helping out at the Homespun Media office, and is the author of Primitive Quilts and Projects' "Ask Mom" column. Mary and her husband George live in Williamstown, West Virginia. They have five grown children, eight grandchildren, and seven great-grandchildren. She's a lifelong fabric arts enthusiast, and despite vision loss (macular degeneration), she still manages to stitch, working more by feel than by sight.  Mom sets the standard in keeping positive attitude no matter what.
George Falcsik - Office Assistant and Shipping Department

George Falcsik (our Dad) is a retired insurance agent (15 years), and enjoyed a 15-year career in Human Resources and Labor Relations. He holds a Bachelor of Arts degree from Michigan State University in Business (Personnel Management), and at age 61, went back to college to further his education in Early Childhood Development to operate a preschool program. He is also a veteran of the United States Army. George and his wife, Mary, live in Williamstown, West Virginia. They have five grown children, eight grandchildren, and seven great-grandchildren. Although he never formally pursued any artistic hobbies, he has always been an excellent sketcher, and can be credited for a good bit of his daughters' artistic skills and zest for fun.

Nikki Butler - Graphic Layout and Design
Nikki Butler is a multi-talented graphic designer with more than 18 years experience in print design who is highly motivated, creative and resourceful. She is especially adept at creating multi-page catalogs and publications from initial concept to finished product. But her exceptional organizational skills, attention to detail and deadline-oriented approach also make her an engaging partner to manage client brands across multiple platforms.
Jim Osborn - Photographer
Jim's career began with aerial reconnaissance during a tour of duty in the United States Marine Corps. During the six years after this military experience, he was an assistant and film processor at a commercial photo studio. Later, he started Osborn Photographic Illustration Inc., specializing in advertising and commercial work. Jim recently represented West Virginia in the 50 States Project, a year-long endeavor designed to capture 300 images that characterize the people, habitat, landscape, and industry of the United States. To learn more about the project, visit www.50statesproject.net. Jim and his wife have three children and reside in Washington, West Virginia.